Sony is considered as one of the best company in the world to manufacture any eletronic gadgets such as Mobile phones, TVs, speakers, etc.. Its latest creation Xperia XZ4 is rumoured to be launched soon in the market. This model will be the fourth one of the Xperia XZ series. The model had set a great competition for the Honor View 20 and the Redmi Note 7 which had launched recently in the market. Sony had not yet revealed the price of the model but had put forward some of its specifications and features.

The main and exclusive part of the Xperia XZ4 involves the three rear cameras which are of 52-megapixel primary sensor with an f/1.6 aperture, a 16-megapixel telephoto lens with an f/2.6 aperture and a 0.3-megapixel ToF sensor with an f/1.4 aperture. Other than this it has 13 MP single selfie camera with f/1.9 aperture as usual. The smartphone is powered by a Qualcomm Snapdragon 855 SoC with Octa-core CPU and Adreno 640 GPU. The internal memory of the phone is 128 GB with 6 GB RAM and the memory can me increased further upto 512 GB via microSD. The phone is going to run on the latest version of Android 9.0, Pie. It is also powered by Non-removable Li-Ion 4400 mAh battery. 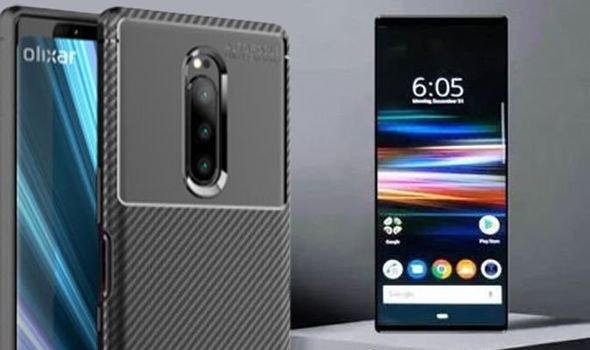 Sony Xperia XZ4 will be coming up with a dimension of 167 x 72 x 8.2 mm and 191 g weight. The screen of the phone is of P-OLED capacitive touchscreen that supports 16M colors. The screen resolution is of 1440 x 3360 pixels and is of 6.5 inches. The protection of the screen is of Corning Gorilla Glass 5 as usual.  The sensors of the phone includes  Fingerprint which is rear-mounted, accelerometer, gyro, proximity, barometer, compass and color spectrum. The other connectivity of the phone includes Wi-Fi 802.11 a/b/g/n/ac, dual-band, Wi-Fi Direct, DLNA, hotspot, Bluetooth 5.0 with A2DP, aptX HD and LE, GPS with A-GPS, GLONASS, BDS, GALILEO, NFC, and USB 3.1 that is of Type-C 1.0 reversible connector.