Samsung is increasing its popularity day by day by putting the adventurous features on its smartphones. Samsung for it smartphones, was first known through it Galaxy S and Galaxy Note series at first. Now they have focused on the J series and A series. Its latest model Samsung Galaxy A9 will be launching on 28 November 2018. It is the world’s first Quad camera phone that is being launched by Samsung.

Samsung Galaxy A9 is available in two variants:  one has 6GB of RAM and other has 8GB of RAM. The starting price of the phone is Rs. 30,000. The device is available in three different colors: Bubblegum Pink, Blue and Black. The device is embedded with a 3800 mAh battery. The screen resolution of the phone is 1080 x 2220 pixels with the ratio of 18.5:9 and is protected with Corning Gorilla glass. 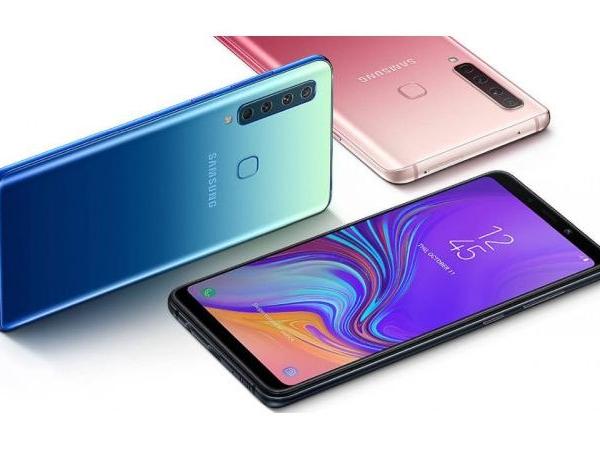 Samsung Galaxy A9 is of dimension 162.5 x 77 x 7.8 mm with 183 g of weight. The display of the phone is 6.3 inches and of Super AMOLED capacitive touchscreen with 16M colors. The device is powered by Qualcomm SDM660 Snapdragon 660. Samsung Galaxy A9 is running on latest Android 8.1 (Oreo) along with the GPU as Adreno  512. The internal memory of the device is 128 GB, 6/8 GB RAM which can be further extended up to 512 GB via microSD, for which slot is being provided.

Samsung Galaxy A9 is provided with quad rear camera is of 24 MP, 8 MP, 10 MP and 5 MP. and a front camera is of 24 MP. The device is provided with dual 4G sim slots as well as dual VoLTE . Other camera features include LED flash, panorama, HDR. The connectivity of the device includes Bluetooth 5, Wi-Fi 802.11 a/b/g/n/ac, dual-band, Wi-Fi Direct, hotspot, GPS, FM Radio and USB 2.0 of Type-C 1.0 with reversible connector. The device is also provided with the sensors that includes Fingerprint (rear-mounted), accelerometer, gyro, proximity, compass.