Originally announced in late February and intended for a late March release in South Korea, Samsung’s Galaxy S10 5G now has a new official Korean street date: April 5. The device will be the first commercial 5G smartphone in the country and share similar bragging rights with Motorola in the United States.As reported by the Korea Herald, the phone will launch on April 5 for 1.5 million won, which converts roughly to $1,330, £1,010 or AU$1,870 and around Rs. 91,300. Obviously, actual prices in different countries often differ from a converted price. But in general, the phone is expected to cost more than the Galaxy S10 and S10 Plus because 5G chips cost more than 4G ones. 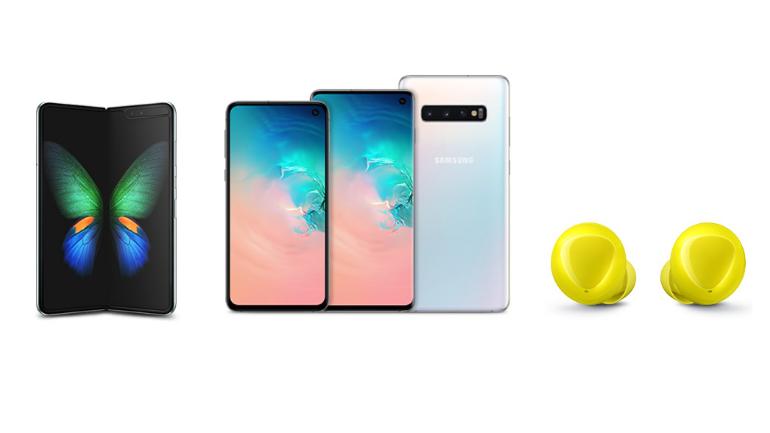 On Monday, the state-run National Radio Research Agency said Galaxy S10’s 5G model has passed signal verification test, giving the green light for its launch in the South Korean market. South Korea’s three mobile carriers have been preparing to roll out their commercial 5G service for Samsung’s smartphone built for the high-speed network.Samsung’s schedule is about a week earlier than the US carrier Verizon’s plan to launch its first 5G smartphone service on Motorola’s MotoZ3, essentially a 4G phone with a special attachment that gives it 5G capability, in Chicago and Minneapolis on April 11.

Samsung claims the Galaxy S10 5G will have 20 times faster network connectivity than a phone on a 4G network. One of the benefits of a 5G network will be faster streaming, 4K video calls and better mobile gaming.There won’t be preorders for the S10 5G, but there will be promotional deals at launch including a bundle with a free pair of wireless Galaxy Buds or a free wireless charger.

By comparison, the Galaxy S10 5G will have all the new millimeter wave antenna and modem hardware inside to connect to Verizon’s network, with a decidedly thinner but larger body as a result.The S10 5G includes a 6.7-inch screen, front and back 3D depth-sensing cameras, and a 4,500mAh battery with support for 25-watt fast recharging. In South Korea, it will be able to hit peak download speeds in the 2.6-2.7Gbps range using midrange 5G spectrum, but it will use a different chipset and higher millimeter wave frequencies in the U.S., so its performance outside Korea remains unknown.The Samsung Galaxy S10 X 5G is a flagship device which comes with a premium design. The display is excellent and other features like battery backup and cameras are also admiring. It can take up any challenge in terms of performance. Except for the hybrid slot, there is no drawback in this device.

The Samsung Galaxy S10 X 5G has been provided with a complete bezel-less display that features the on-screen fingerprint sensor. There is a 6.7-inch tall Super AMOLED display having a screen resolution of 1,440 x 2,960 pixels which can provide an immersive and impressive viewing experience. The videos can be viewed in a detailed finish with the help of a sharp pixel density of 491 PPI.

In terms of the performance, the device has been equipped with the octa-core (2.7GHz M2 Mongoose quad-core and 1.7GHz Cortex A53 quad-core) processor setup which is set upon the Samsung Exynos 9 Octa 9810 chipset. The Mali-G72 MP18 GPU is present which looks after the graphics of the device. There is a massive 12GB RAM that can support the high processing speed with no lag.