At Huawei’s P30 Pro launch event today, the company announced that it’s partnering with Korean fashion brand Gentle Monster to release its first smart glasses. There won’t be a single model, but a collection of glasses with integrated electronics. Expected to launch in July 2019, the glasses allow you to take calls and listen to music in stereo thanks to beam-forming technologies. No pricing is available at this stage. Huawei is positioning the glasses as a sort of earbuds replacement, a device that lets you talk on the phone without putting anything in your ears. There’s no button on the device, but you can tap the temple of the glasses to answer a call for instance. 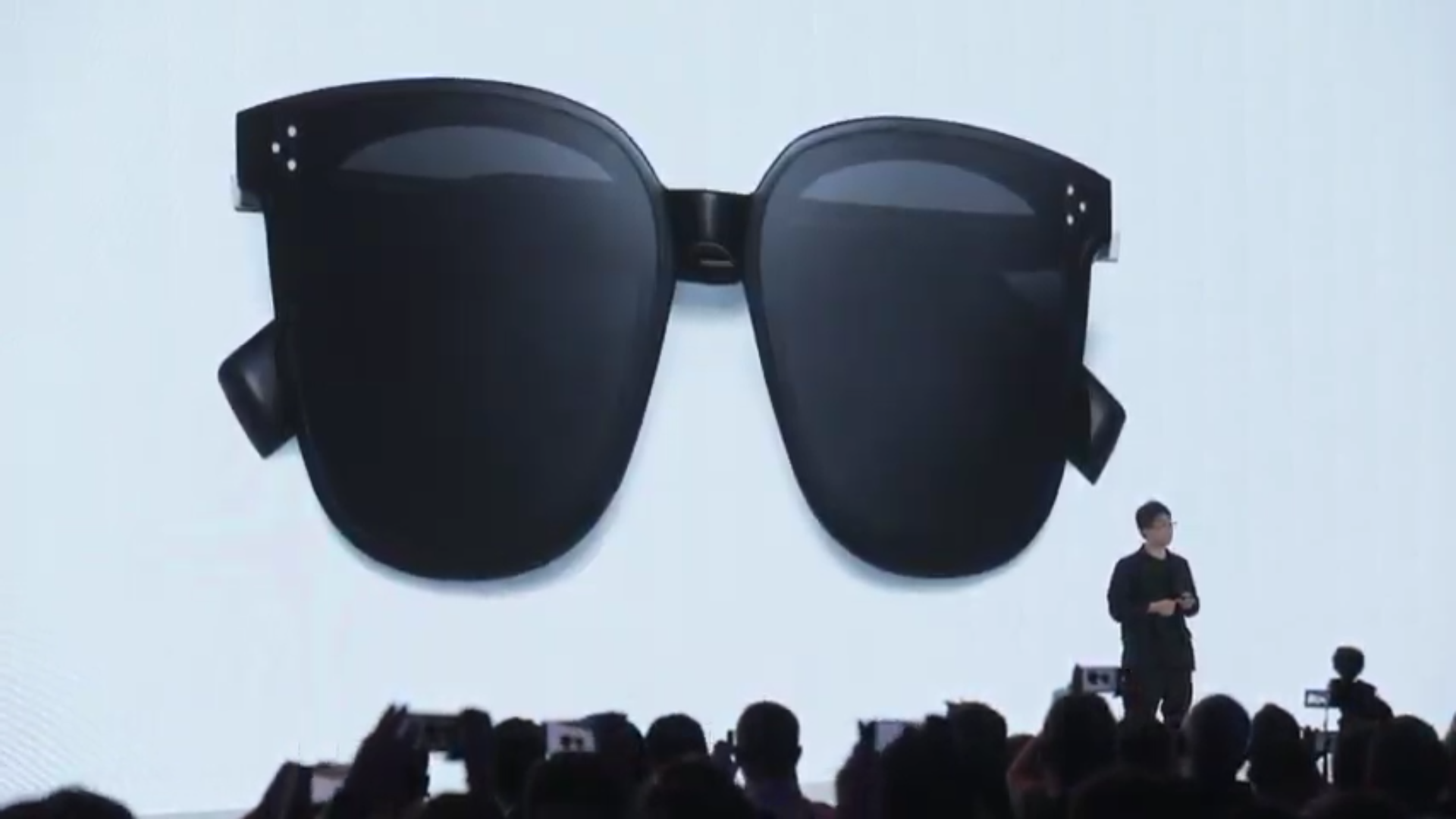 The sneak peek in Paris was very scant on details and there were not many tech specs revealed, but we know the new smart glasses are equipped with dual microphones and speakers so that you can take hands-free phone calls. It hook up to your Huawei P30 Pro, or another smartphone, via Bluetooth. Huawei promised that its artificial intelligence would reduce noise to give you crystal-clear call quality. The Huawei Eyewear glasses are also IP67 rated, which means they can be submerged in shallow water for a short time without sustaining long-term damage. Eyewear will use 2,200mAh dual batteries, which you can charge wirelessly in a special case, or use the USB-C port.

The antenna, charging module, dual microphone, chipset, speaker and battery are all integrated in the eyeglass temple. There are two microphones with beam-forming technology to understand what you’re saying even if the device is sitting on your nose. There are stereo speakers positioned right above your ears. The company wants you to hear sound without disturbing your neighbours. Interestingly, there’s no camera on the device. Huawei wants to avoid any privacy debate by skipping the camera altogether. Huawei says they’ll hit the market in either June or July, but hasn’t revealed how much they’ll cost.

South Africa is set to be one of the first countries to receive Huawei’s new smart glasses.South Africa is a priority market for Huawei, says Likun Zhao, vice president of the Huawei consumer business in Southern Africa. After Samsung, Huawei is the top-selling cellphone brand in South Africa. Zhao told Business Insider South Africa that the glasses could be launched in South Africa as soon as July. “South Africa will be the first wave for the new technologies.”