Apple had launched the first smartwatch in the world. Its latest generation had been announced and released on September 2018. The starting price of the smart watch is 700 EUR.

The smartwatch includes various interesting features such as ECG readings, Heart rate improvement, fall detection along with the larger and improved display that reaches all over till the edges of the watch. It is a waterproof which is suitable to be worn and swim were the direction can also be tracked. GPS facility is provided in the smart watch to track the various location according to the need of an individual. 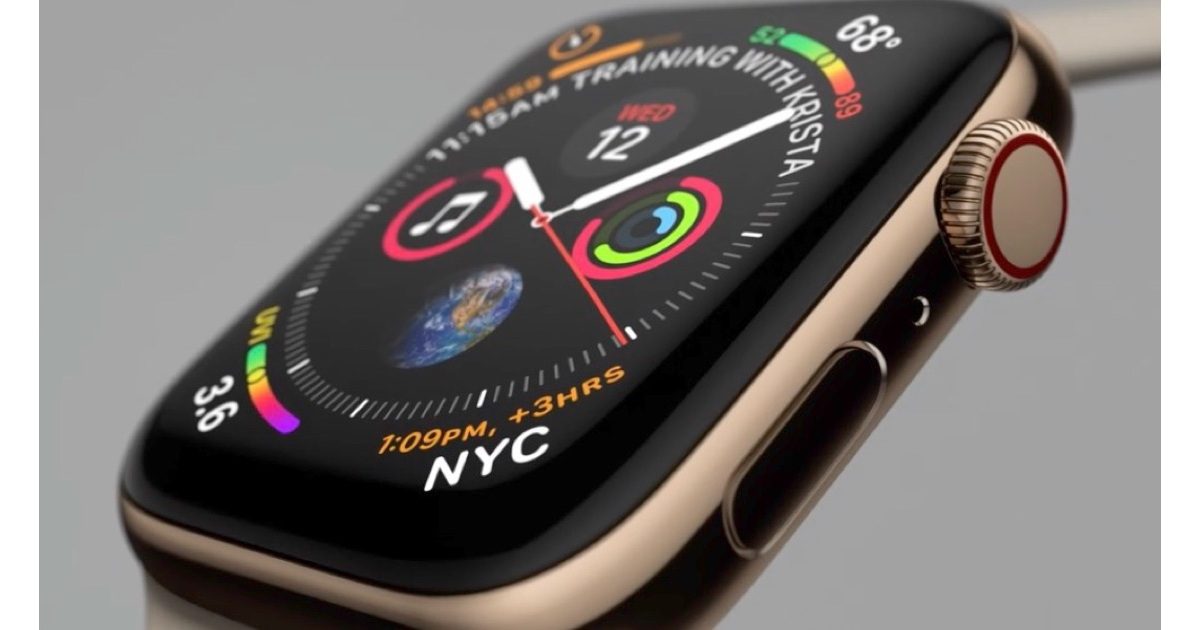 Apple Watch Series 4 has great specifications which includes the LTPO AMOLED capacitive touchscreen with 16M colors and the screen resolution of 448 x 368 pixels. The device is embedded with Sapphire crystal glass that facilitates 3D Touch display and is of 1000 nits. The OS used in this is watchOS 5.0 along with a chipset of Apple S4. It is provided with an Electronic SIM card and internal memory of 16GB.