In Today’s technological market, AMD Threadripper is considered to be a passion project since many years. An attractive architecture for the Ryzen lineup have been designed by AMD, that consists of four cores grouped into functional units called Core Complexes (CCX).  Two of them along with their own caches and resources are used in all Ryzen CPU. Last year, two dies and four CCXs were used to create the original 16-core Threadripper 1950X. This year, 32 cores  are used to create the new Threadripper 2990WX, in the second generation. 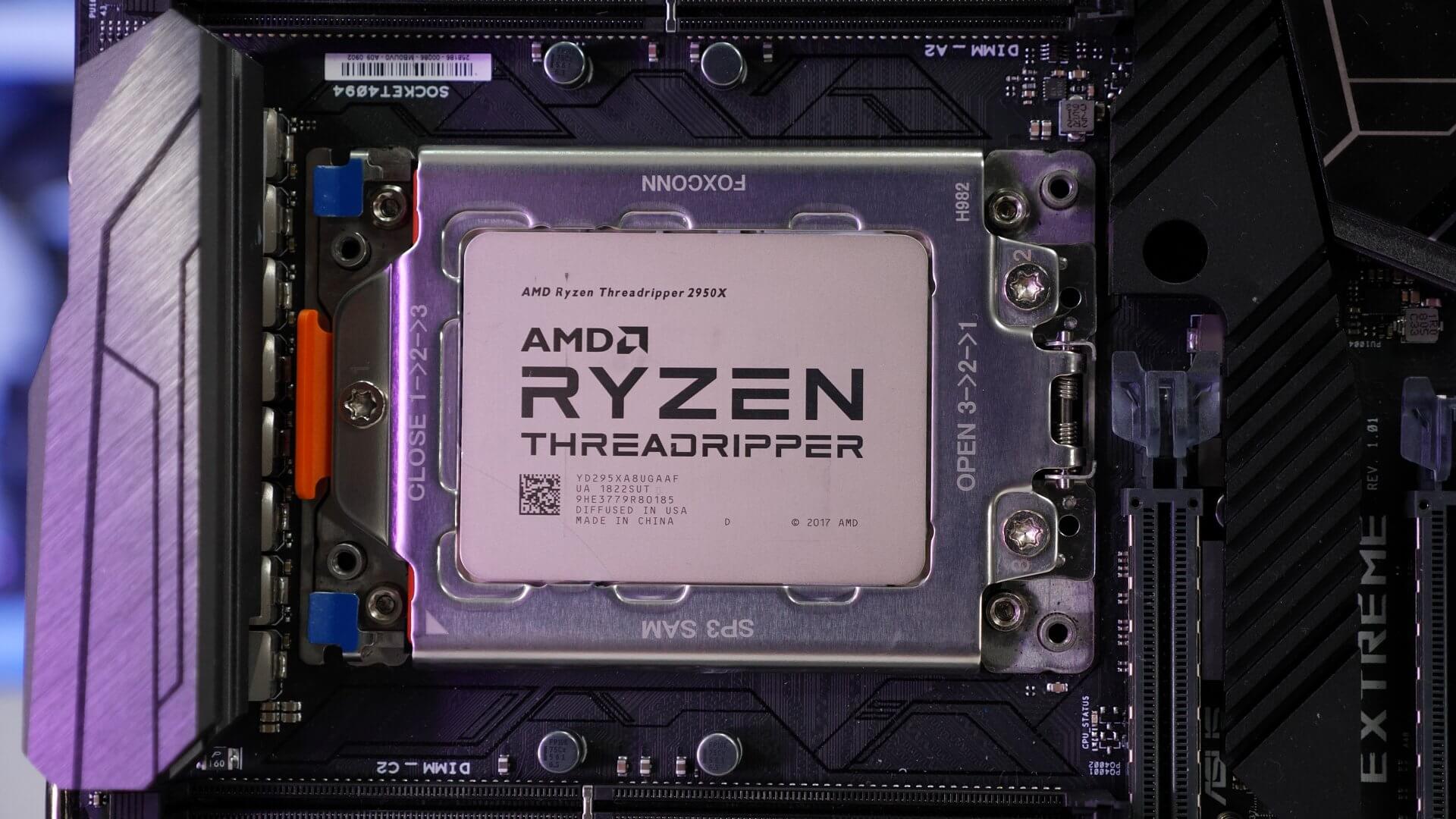 There are two series in the second-gen Threadripper lineup, each with two models. The first one is the X-series that consists of the Threadripper 2920X and 2950X, which are direct replacements for last year’s 12-core and 16-core models respectively. The second one is the new WX-series consists of the 24-core Ryzen Threadripper 2970WX and the flagship 32-core 2990WX which is new to us. The aim of the new WX-series is to deal with the workloads such as rendering cinema-quality video and effects, 3D content creation, ray tracing, and massive-scale virtualisation.

In the new WX-series, there are four dies of eight cores each, all with direct connections to each other using AMD’s Infinity Fabric in a mesh configuration. Only two of the four dies are connected directly to external PCIe and DRAM resources. In the Ryzen Threadripper 2990WX, we have an option to choose Half-core, which lets the operating system see two dies with 16 cores and four RAM channels, or Quarter-core, which does not let processes to one die with eight cores and dual-channel RAM. The Ryzen Threadripper CPUs offer users a massive 64 lanes of PCIe 3.0 connectivity. AMD’s Ryzen Master software is a relatively easy way for even casual users to play with overclocking.